Ouzinkie is one of the six surrounding villages located in the Kodiak Archipelago and home to more than 167 residents. Island Air Service has been flying to this location for over 30 years. Island Air offers daily flights to Ouzinkie and the ability to charter one of our 11 aircraft if the schedule does not fit your needs.

The village of Ouzinkie is located on the southwest end of Spruce Island and is the closest village to Kodiak City. The Ouzinkie Narrows separate Spruce Island from Kodiak Island. Approximately ten miles northwest of Kodiak City, Ouzinkie is surrounded by heavily wooded hills. Ferry service is provided between Kodiak and Port Lions to Ouzinkie multiple times per year by the Alaska Marine Highway System.

Founded by the Russian American Company in the early 1800s, Ouzinkie was originally a retirement community. Ouzinkie was named after the Russian word uzkiy meaning “very narrow”. In the late 1800s, the Royal Packing Company and the American Packing Company built multiple canneries near Ouzinkie. However, due to different events, including the 1964 tsunami, the canneries were destroyed and never replaced. The Russian Orthodox Church, the Nativity of our Lord, located on the south end of Spruce Island has been used continuously since the original Russian settlement in the late 1700s. Saint Herman, the first canonized saint, lived in Ouzinkie in 1794, and was later buried near Monks Lagoon on Spruce Island in 1836. Presently, there is an annual pilgrimage to Saint Herman’s home site in August.

Ouzinkie offers you the unique opportunity to learn about their Native culture and Russian history. The Russian Orthodox Church is a historical landmark and still holds active service. For the adventurous hiker, Spruce Island has great hiking and well maintained trails.

Island Air Service provides daily transportation to and from the village of Ouzinkie. From hiking to the top of Mount St. Herman for a striking view to fishing halibut and salmon in the surrounding waters, Ouzinkie is truly an amazing escape.  As one of the six surrounding villages in the Kodiak Archipelago, we welcome you in joining our flights to visit Ouzinkie. 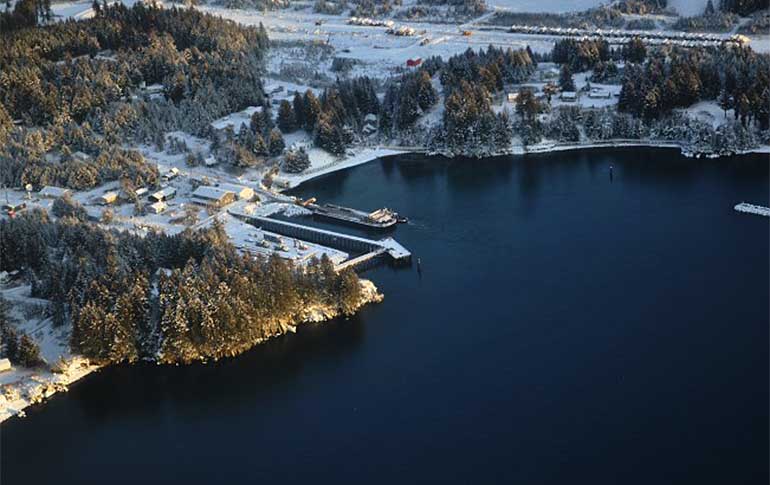