Situated in a scenic valley on a narrow fjord, Larsen Bay is a hub of commercial and sport fishing activity on Kodiak Island's west coast. The area is thought to have been inhabited for at least 2,000 years. Hundreds of artifacts have been uncovered in the area. Russian fur traders frequented the Island in the mid-1700s. The bay was named for Peter Larsen, an Unga Island furrier, hunter and guide. In the early 1800s, there was a tannery in Uyak Bay. The present-day Natives are Alutiiq (Russian-Aleuts). Alaska Packers Association built a cannery in the village in 1911. The City was incorporated in 1974.  Area lodges lure anglers from around the world for some of the best fishing in the archipelago. 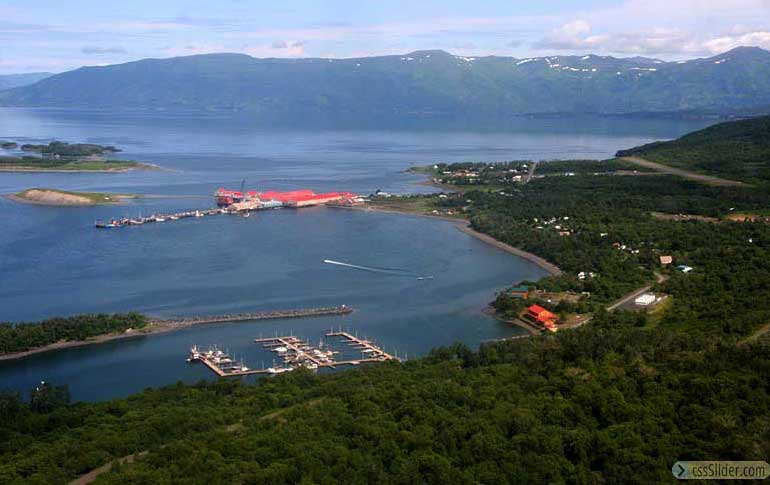